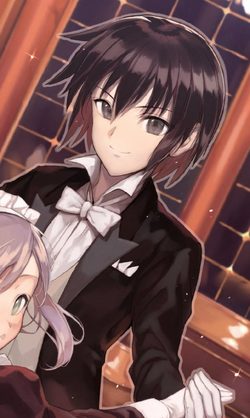 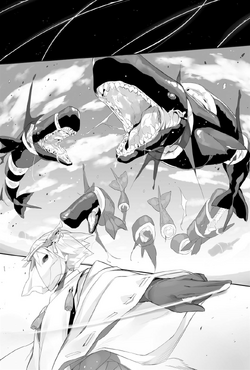 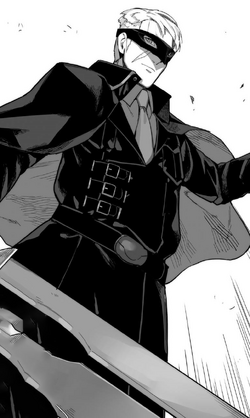 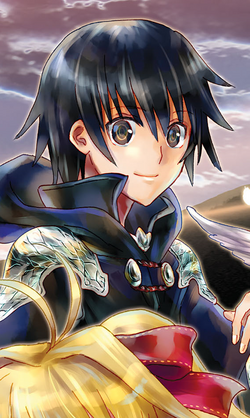 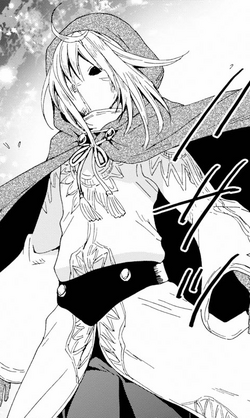 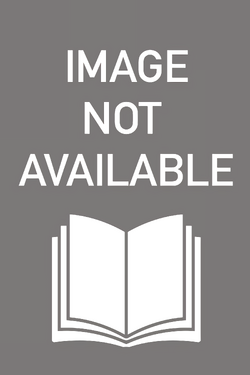 Suzuki Ichirou is a Programmer who was stuck working on 2 projects during the holiday due to his Junior Programmer disappearing right before the game's release, forcing Ichirou to fix all the bugs and meet specifications.

His director/planner can barely remember his name even though they have been on the same team for half a year at most. He almost called him Satou (pronounced Sa-2). He has also been called Satou since his school days.

He woke up in a game-like world after falling asleep on his desk for around 30 hours of debugging and checking, causing him to think it was a dream at first.

He arrived in a parallel world as a 15-year-old teenager named Satou. His initial attributes were all 10 at level 1. He fainted/collapsed after activating [Meteor Shower] due to the sudden level up from 1 to 310. He is able to change his info, such as name, title, level, skills, etc., at will, but is limited to only those he has obtained, which includes None.

A 29-year-old man with his appearance from when he was 15. He is thin, has black hair, and no facial hair. He has a decent build and with the [Poker-Face] skill, he always looks calm.

After someday (more than 8 days) journey from Dragon Valley, Satou finally arrived in Seiryuu City. With his Unique Skill [All Map Exploration] he gathered information about the city and common sense about this world.

After arriving at Seiryuu City, he changed his clothes to non-worn-out dark green robe. He issued an ID after changing his level to 1 from 310. After the gatekeeper checked Satou's status information with a machine-like LCD screen called Yamato Stone and give him some city rule, he entered the city.

In the city, he was dragged by young beauty and the daughter of inn owner, Martha, to stay at her inn. He decided to go sightseeing around the city and buy some clothes and food. A carriage passed by Satou with some slaves in it and he saw two interesting beautiful girls, a girl with black hair and black-eyed (like Yamato Nadeshiko) who could easily become an idol in Japan and a girl with violet wavy hair with the strange title [Witch of the Lost Kingdom] [Mad Princess]. Their names are Lulu and Arisa, respectively.

The next day, guided by Nadi (the worker guild vice-manager), Satou goes around the town with a horse-drawn carriage and to get information about the town. He also got information about the Hero Summoning and 66-year Demon King's resurrection cycle. He finally got to the inner wall and got into a troublesome situation.

The "No-Life King Zen" was a reincarnated Human with the unique skill of instantaneous regeneration. His wife was kidnapped by the previous Marquis Muno and he was executed. He returned back to life as a lich (and gained immunity to physical attacks) and found his wife's raped corpse and the corpses of all his relatives. He brought his dead relatives back as Undead and killed all the nobles responsible. The Undead were only cleared up after the King sent his armies. However, Zen escaped.

Zen tried to kidnap Mia, the youngest Elf of the Bolenan Forest, to use her blood to control the Maze left behind by Trazayuya Bolenan. Satou was unable to stop Mia from getting kidnapped, thus, he went together with her to the Maze. The Maze is modeled after the Dungeon of Celivera City. Satou cleared the maze and reached Zen. Apparently, Zen's only wish is to die and be free from his undying body. Thus, he tries to make Satou, who already has the Hero title, get the Hero title. Satou, then, killed Zen, per his wish, using the [Holy Sword Gjallahorn] he got from Zen.

*Information will be added soon later.*

A northern territory plagued by the wrath of the [No-Life King Zen]. Every noble that tried to take over the territory, after the death of the previous Marquis Muno, died and every single blood-related or marriage-related relative died along with them. Until, Leon, a noble with a clean heart inherited the territory. However, the riches of the territory had already been divided amongst the neighboring territories. Moreover, a mid-class demon disguised as the Counsel of the territory had brainwashed Baron Muno and his subordinates leading to absolute poverty throughout the entire territory.

Satou, under a disguise, killed the demon with his newly created [Holy Bolt], while Liza, Tama, and Mia destroyed the Undead created by the demon. Lady Karina Muno, the second daughter of Baron Muno, used the power of the [Intelligence Tool Raka] she found in an abandoned mansion behind her mansion and got help from the Giants that lived near the border of the territory to destroy the Undead. She mistook Satou for the one who shot down the demon, but, reluctantly, stopped after her elder sister told her that the hero already left, which was a trick by Satou. Afterward, Satou was, reluctantly, made to accept an Honorary Chevalier Peerage by Counsel Nina Rottol and Baron Muno. He was also given the hand of Lady Karina and a diplomat position for the Barondom, but he quickly refused both.

Through the suggestion of Nina, the new consul, to Baron Leon Muno, he was given the title honorary knight instead. As explained by her, it is in exchange for Satou in spreading good words about the Muno Barondom during his travel around the world. This is so that the rumors of Muno Barondom being cursed will prove to be false and so that capable nobles will not be afraid to work for the barondom.

Satou visited the Dwarf City of Bolehart on his way to Celivera City. There, he visited the smithy of the dwarves with the help of a recommendation of Counsel Rottol, who was acquainted with Dorial, the mayor of the city and the son of Dohal. Dohal, later, allowed Satou to take part in the creation of the Mythril sword, Fairy Sword Trazayuya, which Dohal then gifted to Satou.

Satou and the gang also met a lot of second and third sons of Nobles who were attempting to buy any magic sword they could find as having a magic sword is the only way to reach the second round of the competition held every three years in the Ougoch Duchy. This was because most noble sons that don't inherit the territory are downgraded to [Commoner]. The only way they can succeed in life is by becoming a noble guard of the Duke.

Soon after arriving in Gururian City, Satou and the gang found it getting terrorized by a mid-class demon, which they defeated. In the process, Satou saved the Princess of Lumork Kingdom. He then became acquainted with Earl Walgock, the Viceroy of Gururian City, and became good friends with Ririna Walgock, the daughter of Earl Walgock, and her friends. He also promised to train them, which he did half-heartedly.

Puta Town is a small fishing village which houses a number of magic hunters. Whom are hunters who hunt magic creatures and monsters for their magic cores. Here Satou and the loli harem catch wind of another transported human through the magical mayonnaise.

One of the Elven forests, this one, in particular, is home to Mia and Yuya. This is also the location of one of the eight world trees which sucks mana from the veins of the earth.

Celivera City that grew around the local labyrinth. The common exports, of course, are magic cores and parts of monsters. Satou has set up an orphanage to take in the overflowing amount of abandoned children and train them to raid the labyrinth to make a living. Satou has set numerous bases here, both on the surface and inside the labyrinth for power leveling.

Retrieved from "https://deathmarch.fandom.com/wiki/Satou_Pendragon?oldid=21731"
Community content is available under CC-BY-SA unless otherwise noted.